Words are extremely powerful things. The act of translation inevitably creates mutation and with it, new connections and new forms. According one creation myth the world came into existence when God took the 22 letters of the Hebrew alphabet and placed them on a wheel. God spun the wheel infinitely fast in every direction simultaneously until the letters collided with such intensity that they formed words, objects and the whole world.

For this piece, I’ve written software to translate text into graphical Morse code. Red dots indicate spaces between words. Gray dots indicate full-stops between sentences. I wanted to find a piece of text that had been translated many times. In this case, it is the first 5 verses of the Book of Genesis, translated from Aramaic to Hebrew to Greek to Latin to English — and now to Morse. I’d love to produce this in core-ten steel and stained glass. Other texts are available upon request. Contact me. 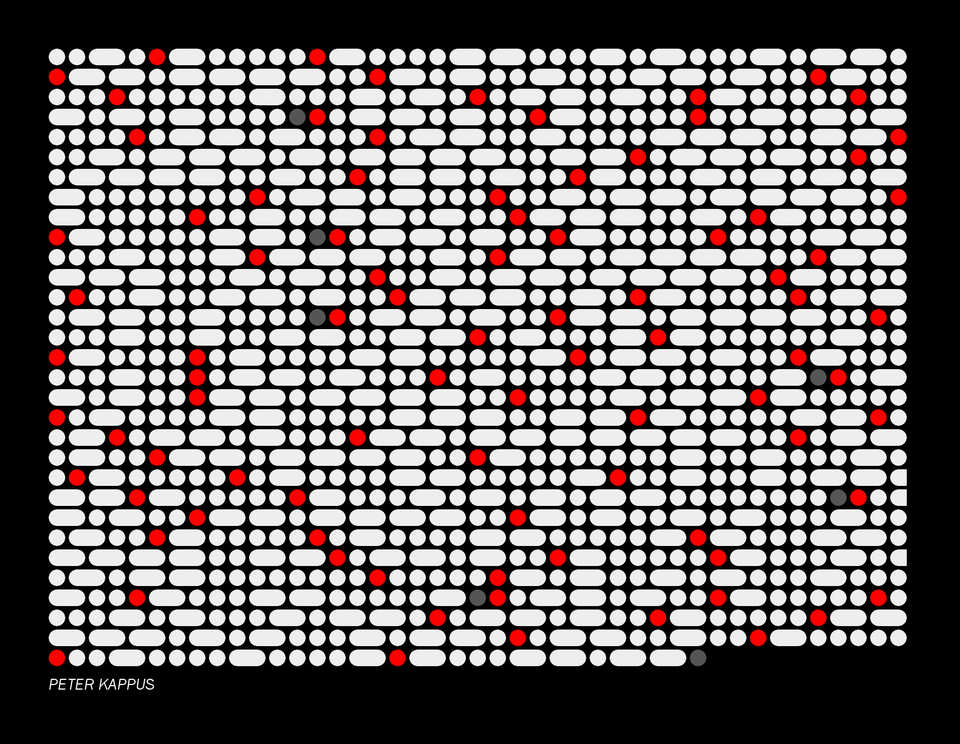